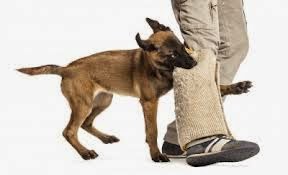 
SANGGAU - With regard to dog bite cases at the Sanggau District Health Office, appeal to the community to always be careful.

It is known that according to a report received by the district health office for 2018 there were 997 bite cases and up to this time in February 2019 there were three sub-districts which contributed the most bites, including Parindu District 16 bite cases, Meliau sub-district 10 cases andJangkang sub-district 9 cases.

For the overall total of each sub-district 35 cases.The data was submitted by the head of the Sanggau District Health Office through the head of the P2M Sarimin Sitepu field, when Zonatengah.com was met in his office, on (6/2/2019).

He also added that for this dog bite case it is a problem of upstream and downstream where the upstream is a Livestock Service and the downstream is in the health department.

"This case is the upstream and downstream because the upstream is the friends at the farm service who solve it, while for the health service, we are responsible," said the Head of P2M Sarimin Sitepu.

As is known that transmission of rabies is through dog bites and must be avoided. The Head of P2M Division Sarimin Sitepu also explained if there were residents who were bitten to immediately report to the nearest health center to be handled immediately.

"So far from all the dog bite cases that have been handled so far and have received VAR injections (Anti Rabies Vaccine)" Strictly speaking ..
Previous
« Prev Post
Next
Next Post » 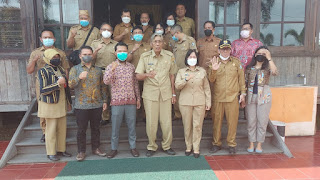